LIVE From The Petaluma SMART Station

My brace helps me to walk, but it doesn’t mean I can go out walking. I learned it the hard way yesterday when I went out in Petaluma.

Live broadcast from a bench outside the Petaluma SMART Station.

Sorry I’ve been away

I met BJ Miller at a latke party. I have been wanting to meet him in person to this article in the New York Times from January 2017. I got to sit down right next to him and talk, it was awesome. Tell you more later

It’s the What’s the Matter With Me? Podcast season three, episode 17. I’m at the Petaluma Smart Train station. I’m chilling here on a bench. I tried walking from here to downtown Petaluma, it’s just a couple blocks they told me. You know it is just a couple blocks but they’re really long, redeveloped blocks and it was killing me. So I had to call it off around the bridge. It’s just past the grocery outlet over the bridge and you’re in downtown Petaluma. And that’s where my mom and my wife and my wife’s mother and my two kids are running around in downtown Petaluma right now but I had to call it off.

And my wife told me take a car back to the train station, but it was just a block and a half. I could see it and I’m kinda stubborn. So I went on ahead and now I’m sitting on the bench outside the train station rubbing my foot ’cause I wear a brace and every step I take it gets a little tighter, it hurts a little more on my ankle, and then if I’m on like a long walk like that, it can really start to hurt. And it gets to be like carbon fiber on bone or on pressure point or something, I can barely take a step. And in fact I like almost fall down because it hurts so much.

Anyhow, now I made it though. I made it back to the station, I’m sitting on the bench, I got my brace off and I’m rubbing my ankle. Man, it was a tough walk. It took about maybe it took 20 minutes round trip but that was enough to really start … the thing about my brace I’m realizing is it makes it so I can walk so I can walk, but it doesn’t make it so I can go for a walk. You know what I mean? Petaluma’s always got old style cars and motorcycles so that’s what you’re hearing in the background. I’m right by the train station, maybe we’ll hear a train arrive.

Anyhow it was a pretty much bummer walk and now I’m here sitting on a bench outside the train station with my brace off wearing my sock, I look like quite a sight I’m sure. Anyhow I wanted to get on the mic here. I’m out of town, I’m in Santa Rosa, like I said my whole family is up here. And just chilling out before the New Years, on the New Years Day I’m gonna be broadcasting blues music from 10:00a-2:00pm on KFJC. Check it out on kfjc.org. I’m gonna play blues music. There’s something I feel again when I hear that music, I know it’s cheesy but man I hear blues music and I’m like right on. Right on with you right on. Right on. I can’t even right on it enough, I love blues.

So I’m excited to DJ that show, it’s four hours of blues music on New Years Day, what a way to start the year. I’ve been off the air because I been doing a lot of work with hoppin’ hot sauce. We did a sale. I met BJ Miller and the disability right to advocate BJ Miller. He runs a San Francisco Zen Hospice. It’s part of UCSF, he’s a palliative care doctor and a triple amputee. He’s someone I really look up to so it was rad, I went to a [inaudible 00:04:51] and there he was. So I sat on the couch and chopped it up with him. And that was something I’d really been wanting to do for about a year, since the New York Times published a piece about him.

And his work, getting a motorcycle and then bringing the motorcycle mechanic through hospice. Anyway it was really cool I got to meet BJ Miller, I’ll tell about that in the upcoming year. I just wanna get you pumped for season three, that’s what’s coming up in 2019. And I’m gonna try and record more episodes, I’ve been off the air and I’ve been missing it. I been selling a lot of hot sauce, I’ll tell you all about that. I had people help me and as a disabled business man I’m starting to realize you need help. And people are stepping up, that’s the beauty of existence. When you need help, people step up and help you.

And you know I’m a business man, I don’t know what I’m doing. I’m doing my best to sell this hot sauce. It tastes good, you know. So that’s the basic for and after of the whole nine yards. I just tell people try this, it tastes good. Anyway I’ll tell all about that hot sauce business holiday. I’m still doing accounting and all that stuff but you know what, my friends are gonna help me. My family’s gonna get back pretty quick and we’re gonna take the train north from Petaluma to downtown Santa Rosa, get back in the car, maybe we’ll have lunch somewhere. Lunch is definitely something we’ll be looking into immediately.

So anyhow I’m gonna sign off here from the Petaluma station. What’s the Matter With Me? Podcast episode 17, season two, episode 17. I think that’s where we’re at, maybe 16. I didn’t do a lot this year. I got a new set up and I really focused on Hoppin Hot Sauce. And that’s been interesting. But I’m having this disappointing day where I wanted to walk around Petaluma with my family but that was a stupid plan ’cause I have a brace and it’s hard for me to walk so it didn’t work. Surprise, surprise. I gotta figure out something. It made me pretty unhappy but I walked back here and I’m happy to not be in pain basically.

I wish I could be hanging out with my kids and having fun down at the river. But you know I’m up here and I’m just trying to chill out and get centered, get focused. New Year’s coming up everybody. So 2019 is coming. Time to elevate constant, daily elevation. Evolution. All right you guys. Thanks for tuning in, this is the What’s the Matter With Me? Podcast episode 16. Stay cool. See you next year. 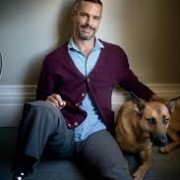 Something happened at Bill’s Cafe
Scroll to top