Over the weekend, I attended the MS Breakthroughs event put on by the National MS Society. The keynote speaker was Jeffrey Dunn, director of the Stanford MS Center. The event promised to inform about the current-day MS Breakthroughs as well as the future of MS Research.

It began with a free breakfast. The guy next to me dug in. I’d already eaten. I heard the danishes were good.

Volunteer of the year came from Alameda. I used to work in Alameda supervising down’s syndrome adults at their jobs collecting carts for the supermarket.
You can’t drive 26 in Alameda without the authorities checking you out! It’s locked down tight in Alameda.

Dr. Dunn started off with some history of the MS Society, and its important role fostering collaboration, explaining the scientific paradigm of grouping and splitting.

Biology is complicated – the result of complex processes comprised of many interacting components. Why things happen is often unclear.

We need a map

In MS, the immune system attacks the brain. There are at least a few thousand pathways in the immune system – there’s no map. Dunn thinks we need one, because identifying the specific immune pathways driving disease can enable individually tailored treatment

Dr. Dunn suggested that Multiple Sclerosis is an endstage name, like referring to a “stove fire” as a “burned down house”. He said a better name might be immune hypertension.

JOHN HOPPIN: Welcome to What’s The Matter With Me, Season Three, Episode Two, Scene Report: MS Breakthroughs. My name is John. I’m 39 years old, husband and father of two, small business owner, radio DJ, podcaster. And I have multiple sclerosis, so I made this podcast to share what I’m going through.

What’s The Matter With Me is an MS podcast, and it’s also about other things. Past episodes available for download on Whatsthematterwithme.org, iTunes, and wherever you get it. I’m not a medical professional, and you should not take this for medical advice. If you need medical advice, ask your healthcare provider.

In this episode, we’ll talk about the MS Breakthroughs conference. But first, last episode recap. Something happened at Bill’s Café, and I stepped in a hole, and I was on the radio. Check it out, surf on over to Whatsthematterwithme.org to get the last episode. It’s that time, shout outs to Rocky, always to Rocky. Shout outs.

Over the weekend my wife and I attended the MS Breakthroughs conference put on by the National MS Society. It was at a hotel in San Jose. Jeffrey Dunn, the Director of the Stanford MS Center, was the keynote speaker. The event promised to inform us all about the future of MS treatment. It started with free breakfast. I didn’t get the memo or something, I didn’t realize it was free breakfast. You know when you walk in a room and there’s a bunch of free breakfast, and you’ve just eaten breakfast, and you’re kind of like, “Dang …”

So I sat down at my table. My wife came with me. I sat next to Peter, a Canadian entrepreneur. His current venture involves coaching business people how to work across cultures. And he told me the danishes were good. I didn’t have one, but I admired, from one entrepreneur to another, I admired his gusto for free breakfast.

The Director of the National MS Society spoke, kind of singling out the organization. It was cool, we’ll talk a little bit more about that. But one thing she dropped on us, there was a recent study that came out, and it turns out Americans with MS number over one million, which is over twice the previously reported number. I thought that was kind of interesting.

Okay, so before the keynote address my Dr. Dunn, they had an award ceremony. I guess I don’t read things or pay attention or something, I just had no idea. So all these people are up there. They had research fundraisers, people raising money for the MS Society. Some people raised $250,000. One guy did $100,000 and wrote five pieces of legislation, and went to Sacramento and got three of them in with the representative somehow. I mean, this is crazy. Four people raised $1.1 million.

There was a cool guy, he runs a lot of local support groups, he has MS … He received an award. The volunteer of the year came from Alameda, and I used to work in Alameda, a little island right off of Oakland. I worked there supervising down syndrome adults at their jobs, collecting carts at the supermarket. And I found out, I was 20 or 22 … I was too old to have such a low paying job I think. I needed to get my act together. But I sat around all day reading the newspaper and supervising adults. But I found out on my breaks, you can’t drive 26 in Alameda without the authorities checking you out. They have it locked down in Alameda. Congratulations to the volunteer of the year, who’s name I didn’t write down. But it’s all love. Alameda, baby!

All right, Dr. Dunn got up, it was time for the keynote address. He started us off with some history of the MS Society. It began in 1945. A lady named [Sylvia Clarke 00:05:49], her brother got this disease. She made a New York Times ad, and it read, “Multiple Sclerosis: Will Anyone Recover From It? Please Communicate With the Patient.” And 54 replied. No one had a cure. And all 54 begged for help.

So this is this thing called splitting and grouping. So there were MS cases, but they were all far apart from each other. And they were all kind of isolated, spread out. So they formed this MS society. People started working together, became together as a group. They defined multiple sclerosis, and then from that they split again to specialty classifications, like classic MS or opticospinal MS, primary progressive, and so on. Group and splitting, that’s the scientific paradigm.

And I got a footnote here, according to this guy [Coon 00:07:01] in [inaudible 00:07:02], a loosely characterized group of activities often consisting of competing schools becomes a mature science when a few concrete problem solutions provide models for what good research is in that domain. These exemplary problems come solutions become the basis of a paradigm that defines what it is to do normal science. And specialization is speciation, as scientific progress heightens communication breakdown. Experts doing similar kinds of research come to realize that their use of key taxonomic terms no longer jives with mainline uses. And what Coon calls the No-Overlap Principle is violated. The group is using a taxonomic hierarchy for crucial [kind 00:08:08] terms, and the associated categories that is incompatible with that of the established tradition.

All right, no more footnotes in this section here. The footnotes are over, take a deep breath. Wow, that was big words and stuff. And it was a cool idea, science splitting and grouping. We’ll split from that section though, and just continuing on … Dr. Dunn, he said, “Hey, there it is. Biology is complicated. It’s the results of complex processes comprised of many interacting components. And why things happen is often unclear.” I guess there is some long words there, sorry about that.

In MS, the immune system attacks the brain. That’s what happens, that’s why people have problems. Symptoms become visible because the immune system is turning your brain into what they call plaque. You ever scrap plaque off your teeth? Anyway, it’s not good for thinking I don’t think. There are at least a few thousand pathways in the immune system, and there’s no map. And Dunn thinks we need a map, because identifying the specific immune pathways driving disease can enable individually tailored treatment.

There you have it, Immune Hypertension. Thanks for listening to Season Three, Episode Two, The Scene Reported: MS Breakthroughs. It’s a What’s The Matter With Me podcast. You can find other episodes at Whatsthematterwithme.org, iTunes, Google podcasts, wherever you get your podcasts, it’s there. Check out more of the music like this sick background music, Soundcloud.com/john-hoppin. Worldwide universal sponsor, Hoppin Hot Sauce is a movement-

That’s right. Check it out, Hoppinhotsauce.com. It’s Season Three, Episode Two, in the books. Thank you for listening to the What’s the Matter With Me podcast. 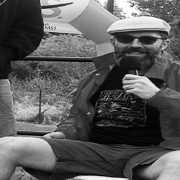 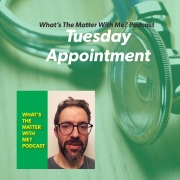 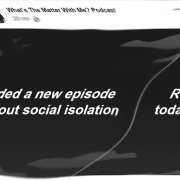