In this episode we’ll go through getting an infusion

infusion noun
the slow injection of a substance into a vein or tissue.

I was due for my Rituxan infusion, my primary multiple sclerosis (MS) medication, on January 4th.  I called a week ahead. I needed to get bloodwork at a lab and approval from the insurance company.  The bloodwork was no problem but the approvals were difficult. I had to be persistent. Before I knew it, I was already a month and a half late.

I worried that I wasnt getting the medication i needed.  I fell a few times. I was living in a fog.

I had the infusion yesterday.  I feel about the same.


JOHN HOPPIN: Welcome to the What’s The Matter With Me? Podcast, season three, episode three, Infusion.

My name is John. I’m 39-years old, husband, and father of two. Small business owner, radio DJ, podcaster, and I have multiple sclerosis, so I made this podcast to share what I’m going through.

What’s The Matter With Me? is an MS podcast, and it’s also about other things. Past episodes can be downloaded on Apple Podcast, from Whatsthematterwithme.org, or wherever you get it.

All right. Season three, episode three. In this episode, we’ll go through getting an infusion, getting medication by infusion. Let me check this out. What’s it say? Infusion is a medicinal term. The slow injection of a substance into a vein or tissue. So, that happened to me the other day. We’ll talk about it, but first, I’ve got to give shout outs.

Shout outs to Rocky. Always to Rocky like I said I would. And shout outs to [Nomi 00:02:00] for going to MS Breakthroughs with me. I bet it was weird. And to Eric and Tracy for letting us invade their house. We went to Sacramento last week. You’ll hear about it in an upcoming episode, so stay tuned.

Infusion. Okay. I was due for, I take Rituxan. It’s my primary MS medication. I take it by infusion, and I was due for it on January 4th. I called about a week ahead, and I had to get blood work at the lab, and approval from the insurance company. Blood work is no problem. You just head down to the lab, they draw your blood, whatever. Chop chop. All done. But the approval was difficult, and I had to be persistent, and before I knew it, I was a month and a half late.

You know, I’m supposed to have this every six months. You know. I was going to have the infusion here. Maybe there. But the bottom line is, I’m late now. I’m starting to worry. You know? And be like, yo, I’m supposed to have this thing every six months, now, it’s seven months. I’m worried about I wasn’t getting the medication I needed. I fell a few times. I had fog, like in my brain, in the afternoon. I couldn’t think of anything. Or in the morning, or really, at any time. I had no energy. I felt like I was totally fogged up. And I’m like, “Is it because my medication is late?” You know. It’s impossible to tell.

But finally, yesterday, I had Rituxan. My wife drove me. It’s in Palo Alto, so it takes like 40 minutes, 45, to get there in the morning. My wife drove me there. She worked remotely from the room where I was getting infused.

It’s a long one. You’re hooked up to the IV machine for over four hours. They give you precursors. I’ll tell you about it. It’s kind of crazy. It’s similar to traveling in that you’re just inactive, but totally drained afterward.

I sat in a big chair. They gave me steroids and Benadryl for the precursor. That’s to reduce chances of infection. They give you all this stuff, but the effect from my end is, like, I’m all pumped up, and also, I got knocked out. So you feel this oncoming rush of steroids. You fill like you can chew through the table in front of you, but then the air gets all thick and gooey. Things get weird, and the medicines like fight each other. It’s a really odd feeling.

It feels cold in your vein. You can feel it at the injection site. They’re pumping you full of this stuff, especially the precursors where they just kind of inject the whole thing at once. Infusion is kind of a slow process, but when they start it off, they give you these big vials of Benadryl and Solu-Medrol, and it makes it cold in your arm. You can feel it. Cold in my veins.

The nurse put an instant heat pack over the IV, and it was warm, and it felt good. I had seen her before. She was from Honduras. She had nice braids. They were kind of intricately woven, but kind of sculptural in the way they piled on top of her head.

I was hooked up to the bag dangling from the infusion pump to go for about four hours. My wife worked from a small chair with one of the bedside tables pulled up as a desk. She had her earphones in. She was on a call across from me, and I kind of fell asleep, I guess.

I woke up at some point. It was the afternoon, a few hours later. My wife had picked up some food from a stir fry place, some meat, vegetable and pickles over rice with garnishes like caramelized onions and sliced hot peppers.

The nurse came in every few minutes to check my blood pressure and temperature, or to check the infusion machine was still dripping, chugging along.

A volunteer reiki master appeared, and she asked me if I wanted a reiki session. I was scared, but I also thought it could be awesome. So I put down my food and my phone. She said, “You don’t have to.” And I was like, “No. Forget it. I’ll put this stuff down. Let’s focus on this.” She came behind me and moved her hands lightly over my shoulders, my head, and to my shoulders again. It was very relaxing and made a welcome contrast to the circumstances.

The nurse came by again to check on the IV line a few times. Finally, she told me I was getting close. Nomi was down the hall interviewing someone. She does crazy work. She could do anything anywhere, I think. The nurse removed the IV and wrapped my arm in a purple bandage. I was ready to go.

Nomi came back. “Arrivederci,” I said to nobody in particular. We drove home to San Jose. Took about an hour from Stanford, Palo Alto. We finished up at rush hour time. I was glad to have Nomi with me for all the help and support, driving me back home. It was amazing. The whole process is taxing. It can be hard driving around, and to have some support is really valuable.

So that’s it. I really got hooked up to this machine. They infused me for a long time. So, that’s kind of it. I want to tell you how it goes. You’re kind of like pumped up. They give you lots of drugs. It’s weird. You pass out. You wake up. Then it takes forever, and then you feel drained at the end. That’s infusion.

So, thanks for listening to season three, episode three of the What’s The Matter With Me? Podcast. Find other episodes at whatsthematteriwthme.org, iTunes, or wherever you get your podcasts.

Check out more of this cool music that I make on soundcloud.com/john-hoppin. J-O-H-N dash H-O-P-P-I-N. The worldwide universal sponsor Hoppin Hot Sauce, it’s a movement. Makes every plate taste great.

Season three, episode three in the books. Thank you for listening to the What’s The Matter With Me? Podcast. 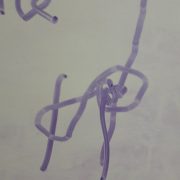 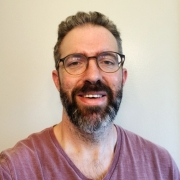 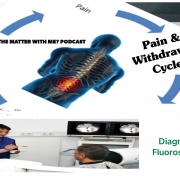