Compounded trauma is when things make us upset, because they remind us of traumatic situations that we’ve experienced before, causing us to relive them.

When I feel this way, naming the feelings I am having, and explicitly connecting them, can be a way to overcome them.

The thing is, my wife likes creepy stuff. I don’t like watching surgery. When the scalpels come out, I check out of the movie.

Thank you for tuning in to the What’s The Matter With Me? Podcast. This episode is about compounded trauma, reliving trauma, traumatic experiences that we’ve had, and just living and multiplying, compounding them, living them over and over again.

You’re listening to the What’s The Matter With Me? Podcast. My name is John I’m 41 years old husband, father of two, small business owner, radio DJ, podcaster, and I have multiple sclerosis. So I made this podcast to share what I’m going through.

Every thing went nuts last week because Marc Maron mentioned my hot sauce on Instagram and hundreds of thousands of people follow him and of these people, there’s a hardcore kernel of supporters that do whatever he says. So, a lot of people bought Hoppin Hot Sauce last week. Those people are good, they’re welcome to the movement. Hoppin Hot Sauce is a movement, the Pepper Show is a thing, get down or lay down, welcome to the team.

But don’t get it twisted, you’re listening to the What’s The Matter With Me? Podcast, talking about compounding trauma, living it over and over again.

I want to give shout outs first

Give a shout out to Katie, my old friend, Katie. Katie said that she actually listens to Marc Maron’s WTF podcast and my podcast, What’s The Matter With Me? on the way in to work. *child yells* Anyway, that’s Koko, the kids are around. I’m just like you guys. Everyone’s in the house going nuts at all times.

Anyway, Katie wrote me an email, shout out to Katie. She turned me on to the Marriott. We would go there and at the Marriott, they have like a lounge for guests and visitors that they would stock with newspapers. On our lunch break, we would just go hang out in this lounge. Pretty much take over half the lounge and kick back. I had a couple other friends I worked with, Matt, Jeremy went up in there. Anyway, Katie, my old lunch buddy.

Shout outs to Julia. Julia wrote me a cool email. She’s been listening since I was on the YEG MS podcast hosted by Sean Wingrave, an MS podcast out of Edmonton, Ontario.

(Julia) said she was just diagnosed a year ago. She made a cool art piece. She was inspired by the interview I did with Sean. We talked about Japanese proverb about fall down seven times, stand up eight and she made an artwork. She sent me a picture. Anyway, pretty cool. You give me an email via the contact form. And I’ll give you a shout out. You send email, I give shout out.

All right, it’s the What’s The Matter With Me? podcast.

Let’s get into the meat of it, compounding trauma by reliving it.

I was thinking about, why am I feeling so upset? I realized I’ve been through these things myself. I’ve had a really traumatic diagnosis of multiple sclerosis. And I got that alone, me and the doctor. And they were like, “I think you have MS.”

Watching a person get diagnosed freaks me out, makes me feel upset and anxious. Watching surgery, same thing, upset and anxious. And I’ve experienced these traumas myself. I’m compounding it by implicitly reliving it. When I see something where person’s getting cut into, or a person getting bad news from the doctor, I start feeling anxious and upset more than I should be. I’m reliving this thing that happened to me, because something kind of like it is happening on the television.

One time I played basketball when I was in fourth grade, fifth grade, maybe I was playing basketball on the school yard. And my best friend was this kid- well, he wasn’t my best friend. But he was like the coolest kid, you know, because he could play basketball better than I could. His name was Ali.

I remember him so well, he could play basketball better than I could, and even more so. Let’s see- I’m in fourth, fifth grade. So it’s like the late 80s. And he had Michael Jordan shoes and he had a Michael Jordan starter T-shirt that was so cool. And we played basketball. I was the big man and he was trying to imitate Michael Jordan. I got the rebounds and passed it out to him. Anyhow, one day we were playing and he went in and he jumped up and took a layup. And he fell and I fell on top of him. He broke his ankle and he was yelling. I remember yelling for the teacher.

I remember him yelling in pain on the ground. I think I landed on him. And he broke his ankle. I think of it every time I’m watching sports and somebody has a horrific injury, that’s where I go. Right now, people are dying, people are stressing out, people are losing their job. They’re driving crazily. There’s a lot right now, of that trauma going on, and you can relive real trauma that you have.

For me, what worked is mindfulness. I was like, “Why am I feeling upset and anxious?” And I was like, “Gee, I’ve experienced those things too. Maybe I’m making a linkage and compounding trauma by reliving it. When I see something that makes an implicit connection. Something that’s kind of like what I went through that was traumatic.”

I don’t need to relive that. I can be mindful of that and to be honest, naming it really helped me immensely. So there’s a lot of trauma in the world that’s important not to relive.

.Hey man, thanks for listening. I’m just some person I have MS. I’m trying to get through this. I got Frog and Toad Are Friends all kinds of things happening in my house. Everyone’s on top of each other, Marc Maron mentioned my hot sauce. And then all of a sudden I had to pull out all the stops to get it sent out and people are still ordering it.

Thanks for tuning into the What’s The Matter With Me? podcast. Go to whatsthematterwithme.org to check out past episodes. Look it up on Apple podcast and wherever you listened to podcasts, it’s there, so listen to it.

I wanted to let you know that I went on eBay many years later and now I own it. I own that cool Michael Jordan starter T-shirt that Ali had. I have it now and I never wear it because it’s so cool. Anyway, you can have the cool guy’s cool T-shirt when you get older, if you want to, Which is another way to say don’t stress.

Go to whatsthematterwithme.org for old episodes. Thank you for tuning in to the What’s The Matter With Me? Podcast, catch you next time. 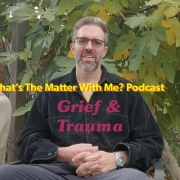 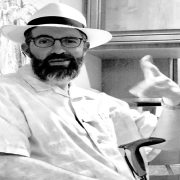 To overcome isolation, we need to put ourselves out there

Using Our Voice Makes It Stronger
Scroll to top